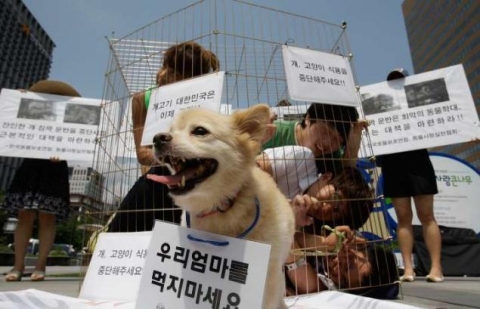 Animal rights activists chose Aug. 7 for their protest because that is the day South Koreans eat healthy foods, such as dog meat, in belief it will help them survive the heat of the summer.

We can all learn from Gandhi

Posted On October 19, 2013
"The Greatness of a nation and its moral progress can be judged by the way in which its animals are treated" - Gandhi

WHAT’S GOING ON IN KOREA?

Posted On January 31, 2015
We’d like to give our supporters a quick update on what has been happening recently. So far there have been two developments in the fight…