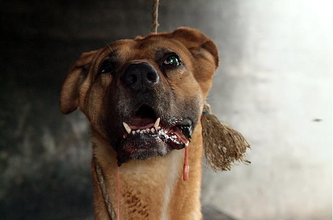 Occupy for Animals shares the history of the dog meat trade and it’s plight to end it in 2018. Also at the very end we encourage you to sign the petition. (Viewer Discretion advised.)

dog meat trade in South Korea
www.occupyforanimals.org
The consumption of dog meat, called Gaegogi (개고기) in Korean, has had a long history in South Korea as well as other Eastern Asian cultures, but it has been controversial both inside and outside…

Posted On March 8, 2013
"Send a polite message to President Park on Facebook and/or Twitter, asking her to expand her love for her new canine companions to include all…