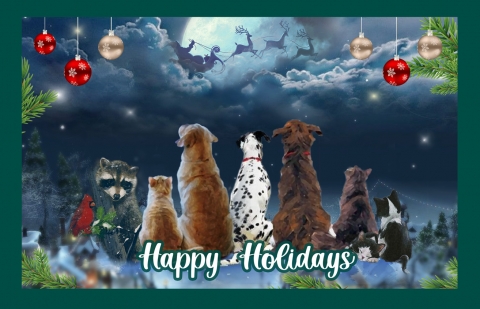 I hope you all are healthy and safe and remain so through the holidays and into next year. I know it has been another rough year for everyone due to the continuing challenges of COVID.
One of COVID’s particular challenges this year has been our inability to assess some of the changes in the Korean dog meat industry. It seems like various animal welfare groups are successfully shutting down more and more dog farms – and we have also seen an increase in the number of animal welfare groups created and operating in Korea. It is easy for these groups to shut down a lot of the smaller farms using the Health and Sanitation Law as maintaining an up-to-code operation is very costly.

Unfortunately, a few large-scale operations have taken this time to build up-to-code “livestock” slaughterhouses and meat-processing plants in place of the Sungnam Moran Market and possibly Gupo Market, both of which were shut down over a year ago. They have built their operations with government permits cleared by the Korean Health and Sanitation Departments which means protestors currently have little legal recourse against them. Additionally, COVID has made it very difficult to organize direct protests against these new operations because of social distancing rules still required for people’s safety – which means outsiders are unlikely to be allowed in to inspect the operation’s working conditions anytime soon.

We are still continuing to see an upward trend in the number of young Koreans who support ending the dog-meat trade and see themselves as animal lovers and animal advocates. And social media has made it easier for them to communicate, coordinate, and share their heartwarming rescue stories with the world. I saw many new rescue stories on YouTube this year, and was pleased that a lot of them were coming out of Korea. They are really shaping up to be like many Western countries with advanced animal welfare support.
This year IAKA has focused on providing assistance and resources to animal rescue groups for their spay/neuter operations. Several of these groups are directly responsible for shutting down dog meat farms and rescuing the animals from them. Unfortunately it is difficult for bigger dogs to be adopted in Korea as a large majority of the population live in smaller apartment or condo-type houses. Many of these rescued dogs are adopted out of the country. I believe an educational focus has to be made for how many large-breed dogs can thrive in a smaller home with the right care and exercise routine.

But for now please enjoy the stories of some of the rescue groups that you have enabled IAKA to support this year.
Warmest Holiday Wishes,

Posted On October 26, 2012
Dear IAKA Supporters, Instead of our normal newsletter, I wanted to write you a personal letter sharing IAKA’s story and the organization’s changing direction. Since…

Posted On September 6, 2013
We hope Korea will be next to stop the trade. Timeline Photos Government officials from Thailand, Cambodia, Laos, and Vietnam met on August 30th in…