Urge the Pope to Speak Up for Korean Dogs and Cats at the Asian Youth Festival! 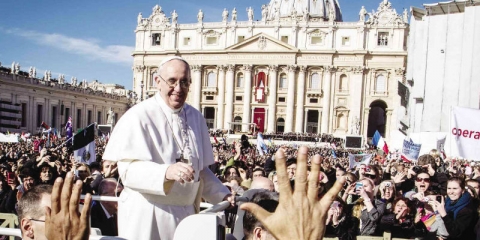 This summer, from August 14-18, Pope Francis will be attending the Asian Catholic youth festival in a rare visit to South Korea. The Vatican announced that the Pope will be in Daejeon for a beatification ceremony for 124 Korean martyrs and to bring a message of peace to the divided peninsula of Korea. With the arrival of the Holy Father, we invite Pope Francis to speak on the topic of animal rights and illegal dog meat farming that has overshadowed the nation for decades. Korea is notorious for it’s dog and cat meat industry, and it is estimated that over 2 million dogs are slaughtered each year in Korea alone–many of them beaten, strangled, or torched prior to death. The dog meat industry in Korea continues to thrive because the government have not cracked down on the illegal slaughtering of dogs, cats and bears. Animals in Korea deserve to live a healthy, fruitful life. As a caring and compassionate individual, we ask the Holy Father to  lend his voice to the Korean  public urging the Korean society to rid itself of the cruel and inhumane treatment of animals in Korea. Only when the killing end will there be peace and righteousness in Korea. Please help us urge the Pope into speaking against Korean Dogs and Cats during the festival in August.

USE OUR IAKA SAMPLE LETTER:

Your Holiness,
Thank you very much for taking the time to read this letter as I realize you are extremely busy. I am writing to you in advance of your Apostolic Voyage to the Republic of Korea this coming August on the occasion of the Sixth Asian Youth Day in the hopes that you will continue to do what you have demonstrated in your papacy and advocate for those in need. In addition to the poor, the weak and the ill, I hope you will consider advocating for the protection of animals as well.
As you may be aware, a segment of Korean society advocates the consumption of dog and cat meat. They do so under the false assertion that it is a tradition of my people going back 1000 years. In truth, the large-scale commercial trade of dog and cat meat began in 1980 when a boom in the Korean economy made once scarce “livestock” meats suddenly available. I am appealing to your sense of compassion, asking that you urge President Park Guen-hye and Cardinal Andrew Yeom Soo-jung to promote appreciation of these friendly and trusting domestic creatures in my country, rather than the torturing and slaughter of them. Over 2 million dogs and cats are slaughtered each year for their meat.
At least 20 percent of the animals killed for their meat are stolen pets. Dog butchers have spread the falsehood that dog-meat is a sexual stimulant and that adrenaline increases its effectiveness, which has led to the common practice of torturing the animals before slaughtering them. Dogs are routinely beaten before electrocuted, being drowned, hanged or having their throats cut.  Cats are tortured and then boiled alive as a purported cure for rheumatoid arthritis (another falsehood).
I beseech you to speak up for these creatures who cannot speak for themselves and who deserve dignity and the right to live. Please show them the same compassion you show the poor and the sick, for so many of them are friends and companions to people and deserve to be treated as such.
With every good wish to Your Holiness, I am, Sincerely Yours,
(Your Name)