The Story of Donguri 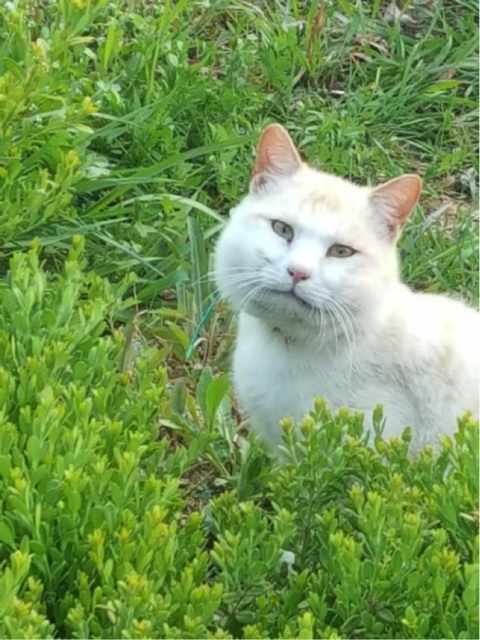 According to Jinyong, the most memorable rescue cat she’s had is called Donguri – because she has a round face. Donguri is a feral cat who was found living in the park of Jonglang-gu. After a TNR operation, a volunteer reported her to Gaon because she had a very bad wound around her neck from a snare trap. She must have been trapped in the snare for a long time because the cut was very deep and her face was incredibly swollen.

Jinyong said she will never forget her because even though she was near death and in a lot of pain, her face was very sweet and gentle. They got Donguri surgery to remove the snare, repair the damage to her neck, and get her spayed. After allowing her to recover, they returned her to the feral cat colony in the park to be with her feline family and friends. The volunteer feeder who originally found her still sees Donguri and reports on her condition to Gaon Shelter and Jinyong.

Posted On January 21, 2013
Another Article on the Dog Cafe in South Korea. I'm surprised there aren't more places like this one! globalcrazynews.blogspot.com

Posted On October 26, 2012
Addressed to the President of Korea These postcards are designed to be printed and sent to certain Korean government officials who have pushed for…